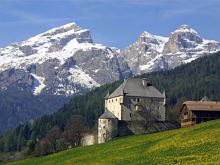 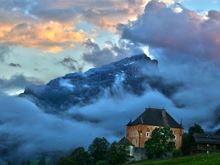 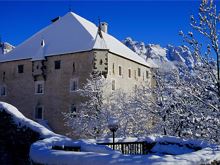 Colz Castle, also called Rubatsch Residence, is a massive building, which boasts a curtain wall with four round towers and many embrasures.

Colz Castle gained some popularity thanks to the knight Franz Wilhelm Prack zu Asch, also called “Gran Bracun“, who lived in the Ladin valleys between 1573 and 1581 and was known for his cruel but heroic battles.

Finally, Colz Castle was restored, today it is privat. In summer some concerts are organised in the courtyard of the castel.